Seven stories from the Transforms universe during the latter era of the Cause, from before, during and after the previous novel, “An Age Without A Name”.  One story follows Carol Hancock’s interaction with the Cave of the Progenitors, two follow Focus Gail Rickenbach and her household as they navigate the shoals of power, another follows the recent exploits of The Man, one chronicles what happened after the events of “An Age Without A Name”, another documents a crisis in Focus Tonya Biggioni’s household, and another introduces a new important player to the Cause.  Available through Amazon and Smashwords. 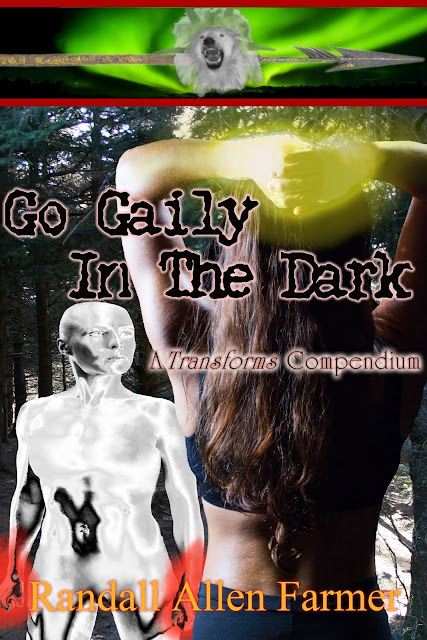 Carol Versus The Cave (Chronicle Seven)

In a short story, Carol Hancock attempts to use the Cave of the Progenitors to help her in her struggle with Beast.

In this novelette, Focus Gail Rickenbach and her household, Abyss, take on a new responsibility to help distressed Transforms, and learn much about themselves in the process.

The Age Without A Name (Chronicle Nine)

In this short story, we see from The Man’s point of view his struggles against The Cause and its leaders.

In this novella length piece, we experience five takes on the aftermath of the Challenge in San Jose, told from the points of view of Mizar, Sky, Dolores Sokolnik, Carol Hancock and Hank Zielinski.

Death By Any Other Name (Chronicle Eleven)

In this novel length chronicle, a family tragedy drives a normal man into the life of a Transform.  He will become a new man, and in this transformative process learn a great deal both about himself and the Transform community, and enter a new life of service.  (Long-time readers may notice the mirroring of the format of this Chronicle to the short novel “No Chains Shall Bind Me” (The Good Doctor’s Tales Folio Seven), from the Commander series).

This novella documents a crisis among the leading Focuses, mirroring a crisis in the extended household of Focus Tonya Biggioni, the current president of the Focus Council.

Gail Versus The Man (Chronicle Thirteen)

In this novella, the Commander gives Focus Gail Rickenbach the order to confront and destroy The Man.  She and her household carry out this order and in the process end up with more than they bargained for.  Far more.