The Forgefires of God (Book 3 of "The Cause")

The civil war among the Major Transforms of North America reaches its climax as Carol Hancock struggles to juggle her responsibility to the Cause, to her Chicago territory and those she protects, and to her Arm boss, Stacy Keaton.  Now available through Amazon and Smashwords. 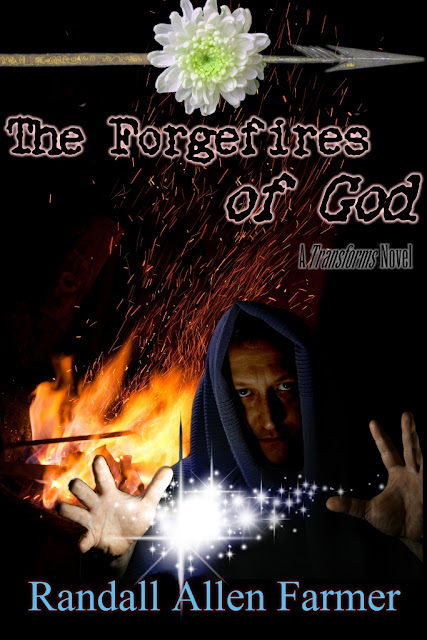 The Cause has fallen apart, fatally weakened by tensions between the Major Transforms.  This forces the Arms into a war against the corrupt first Focuses who lead the Focuses from behind the scenes.  Carol Hancock, after fighting off those plotting against her and regaining her stature among the Arms, now serves the leading Arm, Stacy Keaton, as one of Keaton’s most potent weapons.  Other conflicts abound, making the planned attacks more risky.  The conflict between Shadow’s Crows and Chevalier’s Crows is the most disruptive, and none of the Major Transforms knows which of the many factions will ally and who will be an enemy.

The young Arm, Del, realizes she is marked for a form of enslavement that will lead to her death.  As a student Arm, she has little power to work with and must rely on her wits and nerve in an attempt to find a way to survive what appears to be an impossible situation.

Focus Gail Rickenbach, who has come to her own power through the efforts of the Cause, must continue the research efforts nearly alone while attempting to preserve the lives of the people in her household.  She, along with Crow Guru Gilgamesh and Hank Zielinski, will face many threats and obstacles, some coming from their allies and compatriots.

When the open war comes, new dangers, new discoveries, unexpected events and many other surprises and changes await all the North American Major Transforms and their allies.
Labels: fiction the cause transform