Shadow of the Progenitors (Book 1 of "The Cause")

The Cause is a group of Transforms trying to save the world from Transform Sickness, led by Arm Carol Hancock, known as the Commander, and Focus Lori Rizzari. They aren’t making much progress until a shocking discovery proves many of their tenets correct. There is a price to be paid for success, though, and in the world of the Transforms, there is nothing more dangerous than technological progress. Available through Amazon and Smashwords. 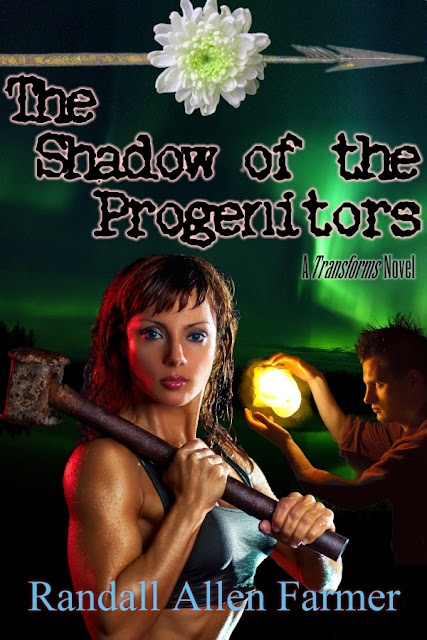 Predators don’t usually spend their time trying to save the world, but Transform Sickness was due to kill everyone within the next decade or two, and Carol Hancock liked life.  Also her territory, her friends, and her car dealerships.  Things would be better if her attempts to save the world were actually working, but the alliance of Major Transforms Carol leads, called The Cause, has gotten pretty much nowhere for three years.

That all changes when one of Carol’s subordinate Arms manages to find actual physical proof of one of The Cause’s wilder theories.  Suddenly technical discoveries start to pile up and old assumptions begin to collapse.  And the leaders of the old order don’t like the disruption at all.  Old enemies become active again, old neutrals become enemies, ambitious newcomers see opportunities for power, and unknown enemies act without revealing themselves.

Carol’s old friend and lover, the Crow Gilgamesh, is caught in the chaos and forced to develop himself farther and faster than he ever imagined.  Former Dr. Hank Zielinski is offered all the research he ever dreamed of, with the death of humanity the price for failure.  Focus Gail Rickenbach is called to a fresh sacrifice she has no desire to make, and the Arm Stacy Keaton finds herself unexpectedly vulnerable.  With the Arm dominance structure suddenly in chaos, Carol will need all her military skills as the Commander as well as every other skill she’s developed and a few she wished she had and doesn’t, in order to see The Cause through to success.