The Gods and mortals deal with the fallout of Betrayer's great betrayal. Dubuque, now the unquestioned leading God in North America, mops up his opposition one at a time. Desperate for help, Dana and Orlando invite the Telepaths Nessa and Ken to help them...and chaos follows them in their wake. All will be tested in the end in the final conflict between Duqubue and those who oppose him.  Available through Amazon and Smashwords. 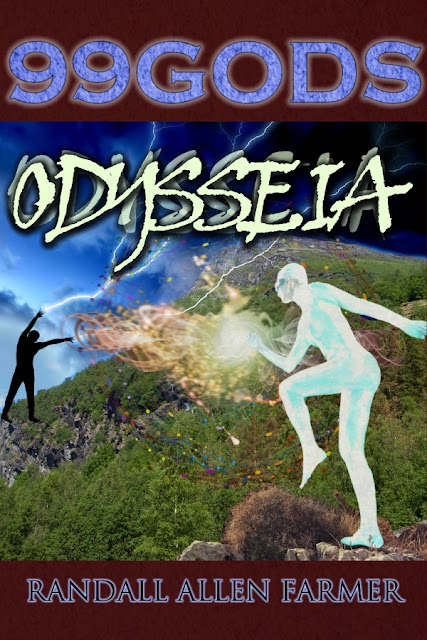 Dana Ravencraft, Nessa Binglehauser, Ken Bolnick, Dave Estrada and John Lorenzi continue their seemingly futile struggles against the 99 Gods and the hidden supernatural powers of Earth.
The City of God consolidates its power in the Americas and Europe, opposed by the Tradition Gods of Asia.  Humanity struggles amid the ongoing Troubles, the worldwide economic calamity created by the Gods.  Dubuque’s City of God forces are hunting down the last independent Gods in North America, including Orlando, the territorial God of Florida and the Caribbean, Bob, the child God who holds the territory of the southeastern United States, and Dana Ravencraft, Bob’s mortal but powerful regent and foster mother.  Down to their final options, Orlando proposes a solution to Dana that will combine their territories and attract the interest of other last powerful independents, Nessa Binglehauser and Ken Bolnick’s group of Telepaths and associates, which includes Elorie Portath and Dave Estrada (of the completed Ecumenist quest), the Angel-doubting actress Goddess Persona, the former magician-hunter John Lorenzi and his former nemesis and ancient Telepath Satan.  Betrayer, the God responsible for betraying the Recruiter’s band of Telepaths to Dubuque, cackles in the background, ready to use up everyone and everything in her secret mission.
All the while the armies of the City of God gather, waiting to strike…