The havoc caused by the 99 Gods, known now as the Troubles, escalates.  Portland and the allied North American Gods struggle against the worshipped Gods of the City of God.  Nessa and Ken work on rescuing Nessa’s friend Uffie from Nairobi’s clutches.  Dave Estrada gets dragooned into a quest to find John Lorenzi’s lost supporters, the Ecumenists.  Dana Ravencraft becomes the regent of the old Atlanta territory and ends up responsible for raising Atlanta’s replacement, and protecting Atlanta’s old allies, the Indigo.  John Lorenzi’s old nemesis Satan interferes with everything, causing chaos.  Available through Amazon and Smashwords. 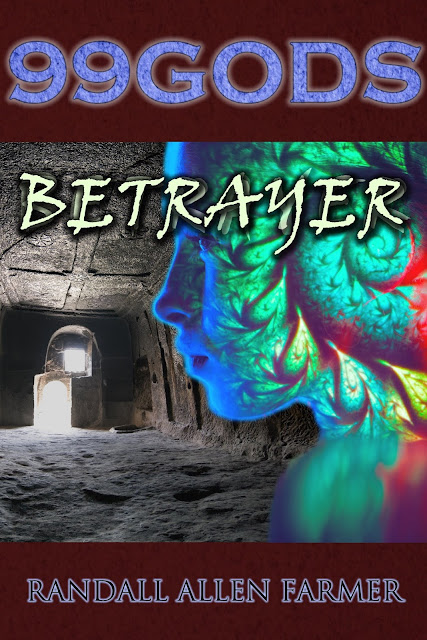 The media labels the effects of the 99 Gods on politics and the economy ‘The Troubles’.  Governments fall, repeatedly.  The unemployment level rises to staggering proportions.  The fall of the Gods known of as Atlanta and Miami convinced all of the 99 Gods that direct God vs. God conflicts are disastrous, and forbidden.  Instead, the 99 Gods now jostle amongst themselves indirectly, using God-powered human enhanced cat’s paws known of as Supported.

In the midst of this, the Telepaths, led by Nessa and Ken, get caught up in the conflict between Portland’s Helping Hands alliance and Dubuque’s City of God alliance.  What Nessa and Ken want to be doing is rescuing Nessa’s friend Uffie from the clutches of the God Nairobi.  When they finally get the chance to work on the rescue, their work will lead them down a dark and unexpected path.

Dave Estrada, now revealed as a Psychic, is dragooned into a quest to find John Lorenzi’s lost supporters, the Ecumenists.  This quest is the only bit of work both the Helping Hands Gods and the City of God can agree upon, and Dave ends up involved because of his distant ties to Dubuque.

Dana Ravencraft copes with the passing of Atlanta and ends up regent for Atlanta’s old territory.  She also ends up with the responsibility to raise Atlanta’s replacement, the Kid God, and protect Atlanta’s old allies, the Indigo.  John Lorenzi’s old nemesis Satan interferes with everything, causing chaos.

None will escape unscathed as they are drawn together to confront new dangers, impossible evils, and unexpected opponents.