While Carol and her companions are off seeking the legendary first Chimera, Beast, the Hunter Empire threatens everything and everyone Carol has left behind.  Available through Amazon and Smashwords 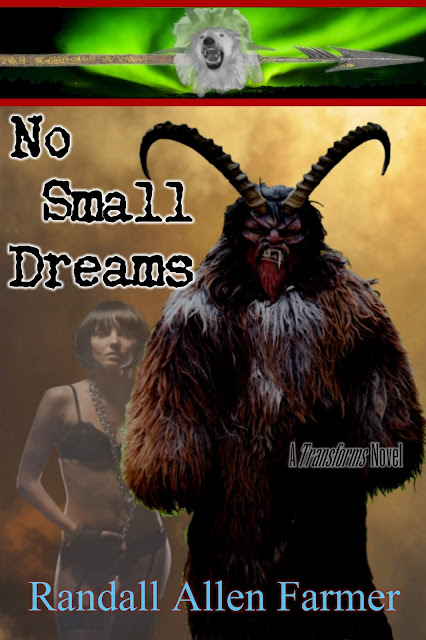 Carol, Lori and Sky have found the legendary first Chimera, Beast, but he captured them.

While they attempt to dig their way out of this mess, the Hunter Empire, led by Enkidu, begins to strike back for the first time since Carol and her allies chased the Enkidu and the Hunters out of Chicago.  Amy Haggerty, the Arm known of as the Hero, is on the front lines of this conflict, and she, along with the overmatched young Arm, Del, gather allies for what appears to be an inevitable major conflict against the Hunters.  Focus Gail Rickenbach, now called The Director, has sent the best of the Transform forces west, leaving her current home, Chicago, woefully undefended.  Portents and espionage show that Chicago is a likely target, and they are preparing for conflict as well.  The Inferno household, newly relocated to California, along with Gail’s estranged husband Van Schuber and new Transform Henry Zielinski, appear to be far from the front lines of the Hunter conflict.  Their current task is the rehabilitation of two mentally wounded Focuses.  On the north side of the San Francisco bay area, Count Dowling, Focus Ellen O’Donnell and their two households begin an experiment – a merged Focus household and Noble barony under the direction of four Major Transforms.  They and their partners in this experiment, Arm Rose Webberly and Crow Master Zero, need to work out their personality differences and stabilize this new experimental household structure before they can take their places in the conflict against the Hunters.

Then the Hunters attack.